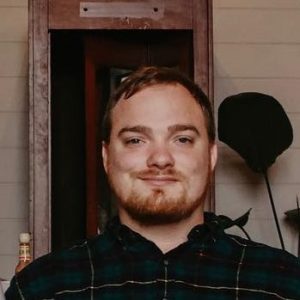 From a young age we are taught to fit into certain molds. Expectations are placed upon us, however intentional or unintentional. Sometimes, these expectations come from ourselves and are self-inflicted. They’re born from an image of self that has been fractured and distorted by this broken world that we live in. Growing up we have expectations, sometimes they are built from the good examples that we had. A parent who overcame an addiction, abuse, or some other trial in their lives. While most of our expectations are infected by the bad decisions, mistakes, and negligence of someone that was/ is important to us.

I grew up a child of divorce like many people my age that were raised up in the 90’s. While my parents did the best they could to raise me, internal and external forces affected me. My self image was damaged, which is sad when you think about what God says about us in Genesis.

“Let us make man in our image and likeness…”
Genesis 1:26 NLT

“Yes, God even knows how many hairs you have on your head. Don’t be afraid. You are worth much more than many sparrows.”
Luke 12:7 NLT

There are many more places in the bible that God tells us explicitly that we are important. That we are CHOSEN (1 Peter 2:9). Nothing should stand in the way that we view ourselves, because God made us from nothing and breathed life into us. So why did that come crumbling down? Likely because of the examples that we had. In my life, I had a lot of bad guidance and examples. While well intentioned at times, those led to the my developing the negative outlook that I’ve had to fight for the better part of the last 22 years.

The issues of my parents divorce didn’t initiate my problems, they only compounded an already existing problem. The world as we know is flawed. When my parents were young, they didn’t have a strong Christian community, and had issues with relating to one another and me. This formed the foundation leading towards a broken marriage, that would ultimately lead to me having problems with relating to others. My father, doing the best that he could, worked hard, provided, and tried to give me the best life he knew how. He ended up dating a woman who would cause a lot of hardship on me.

While at home I was having trouble behaving, I was mocked and made fun of for getting in trouble at school, struggling to make friends, wetting the bed, and just being what many people would have considered weird. I was ostracized and made fun of at school for a lot of the same reasons. At home I wasn’t getting the attention that I needed or being taught how to be a man or to have relationship with people. I tried telling my dad my problems, but struggled to communicate them well. I was taken to counseling and kind of written off. The only person that he seemed to care about was his second wife.

This, as I’ve come to realize, set the stage for a lot of my issues of identity. Quickly and with the changing of the times and the internet I began struggling with my gender identity. I thought that maybe if I had been born a girl I would have gotten the love from my dad I so desperately needed. So often our struggles and desires become twisted because important relationships weren’t handled in a godly way.

My biggest regret from my past is that I internalized and never once mentioned my struggles to my family. I believed no one was going to help me and that I was on my own. This led to years of pornography addiction (as living on the internet and trying to discover why I wanted to be a girl led to many dark corners of the internet). In college it led to me drinking, smoking weed, and contemplating suicide. All because “my heart” thought the way to being free was to stop being me, and to become someone else entirely. Someone who was loveable, someone who could make everyone happy, so I could be exactly what I thought my dad wanted.

The bible talks about this in Jeremiah 17:9:

“The Heart is deceitful above all things, and desperately sick; who can understand it?”
Jeremiah 17:9 (ESV)

I carried the weight of all that without sharing it with anyone else until I came to The Crossings. I knew of God and had been raised in a Baptist church. What I had heard is that God hated people like me, at least the God that people seemed to act out for. So I left that behind because I couldn’t reconcile God with the image I had of myself. I was a sinner. I was the sinner, and nothing about this person that I was could be reconciled with God.

My future wife and her ex came to The Crossings before me, and over time she would tell me about this church she went to. I could tell that she was different. I could tell that everyone there was different. I came to visit a few times and people started loving me for who I was, and asking about who I wanted to be. I, of course, didn’t tell a lot people what I was struggling with, but over time and after many times of blowing her off I eventually came and began studying the bible.

THIS, was who God really was, people didn’t make fun of me for not knowing how to do something. People showed me how to be strong, how to have proper relationships. I saw grown men cry about the issues that were going on in their lives. I saw men playing with their kids, making sacrifices to build relationships that were deeper. I saw people not afraid of admitting they were wrong – explaining to people why things are the way that they are instead of just saying “Because I say so”

We have plans for ourselves – but those plans don’t always pan out. To be honest, it’s a good thing. God’s plan of restoration and His way are so much better than anything that we could have come up with for ourselves. I was on a path of destruction – a path that would have led to deep depression – abuse physical, mental, sexual you name it. I still have to fight my addiction to pornography, cross-dressing, and fight my tendency to shut down and not feel my emotions, or to connect with people. It’s easier now though, because of the people that I have surrounded myself with, who have challenged me to be better.

I’m married now, serving in our media ministry and Game Plan ministry here at The Crossings Church Collinsville, that was graciously given to us by donors. People have given their time, their money, and their hearts to make this vision of reaching people in Collinsville a reality. If people hadn’t taken the time to do the same for Wentzville – I wouldn’t be here. I wouldn’t have healthy relationships, I wouldn’t still be here, and I am so grateful to God and his provision and his timing that has rescued me.

There’s a song by Andrew Peterson a singer/songwriter that I know many of you have heard about if you’ve been around Robert or Kerry for any amount of time. It’s called Family Man and I think it sums up a lot of what I said in this.

And in the outro of the song he says:

This is not what I was headed for when I began
This was not my plan. It’s so much better than.

And it really is so much better than.