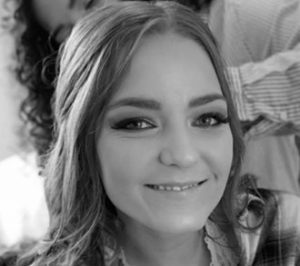 I have always craved that normal, simple, easy lifestyle that everyone seemed to have around me. As I grew-up, I only knew of the brokenness that tore my family apart and a constant guilt I felt just for being around. My parents always fought, money was tight, emotions were shown in unhealthy ways, love was absent and so was my father. While in my mind I knew that all of this was my reality, and I had to accept it, something inside my heart ached of needing more than what I had.

As I got older, all I wanted was something different from what I had grown up with. I wanted to be different and prove my worth to anyone who was willing to see it. I got involved in multiple relationships over a short period of time, and they all gave me the attention I wanted and more importantly, the feeling of being wanted and pursued. I searched for the type of water that only the world could give me and felt short-changed, and more broken than I had felt before. The woman at the well tried to find satisfaction in things other than God. She’s the perfect example of God’s generous grace being extended no matter how far of a hole we’ve dug ourselves in. Nothing you and I do, could ever make God want to take back His promise of eternity if we choose to drink from His life-giving water. Much like the woman at the well, I found myself in this cycle of searching for love in all the wrong places.

While I was a sophomore in college I started attending The Crossings Church. I met people who wanted to be my close friend with no strings attached, and who just wanted to know me for who I was. All I needed, all I had been craving without even realizing it, was the love of God that was shown to me through the generosity of others. If it wasn’t for the Godly friendships I had made, and the generous amounts of love I had been shown so often, I would not be here today with a completely changed life and heart. God wanted you and me to have an everlasting life so badly that he was willing to give us the most generous gift of all, His son. He wanted that for the woman at the well and he wants it for you too.

Though I started my walk with God several years ago, I can still struggle with finding my true satisfaction in Him. Sometimes I feel like the world is screaming at me for my attention, and can make itself look so good while in a chaotic mess of evil and hurt. I’m not here to tell you that finding constant satisfaction in God alone is as easy as taking a sip of water once a day. Sometimes you need big gulps all throughout the day! Finding complete satisfaction in God isn’t always easy and to the world it’s definitely not normal. However, as I became more generous in sharing with other people how God has impacted my life, it became easier to find complete satisfaction in Him. Once the woman at the well realized how Jesus could impact her life, she immediately went to tell others to share the same truth she discovered about God.

Because of God’s generosity, we have the chance for eternal satisfaction and are forgiven regardless of what our past entails and have the power through God to change the lives of those around us. When we let the desires of the world control us, we let the enemy win and our eternity be decided by evil. When we choose to drink from the fountain of God, He promises our needs will always be filled and our true satisfaction will be found. No other source in this world is capable of empowering others to quench anyone’s thirst than with the life-saving water that God gives so freely.

The generosity of those who wanted to help my brokenness changed my whole perspective on God. Many women at The Crossings Church gave me the chance to be vulnerable with my hurts and struggles and modeled how to be a good Godly friend by sacrificing their time and energy on me. I never had friendships like that and was shocked when someone wanted to invest in my life. Without that kind of generosity being shown to me, I would not have been able to heal from the abuse and hurt from my past, and have the ability to change my heart for God. This was what my heart was aching for so badly for all those years. This is what being truly satisfied feels like. God has been pursuing me like no other human being could and put other people in my life to do the same. That made all the difference in my life and without it, I would not be the kind of disciple, wife, friend and leader that God wants me to be. I needed His love and constant reminder that he wants me with him, always and forever. God is the father that I never thought I had, and the eternity that I never thought I was worthy enough to embrace. Just like the woman who Jesus was talking to at the well, my entire world was flipped upside down the moment I tasted the overwhelming love, words, promises, and everlasting life-giving water of Jesus.